Temptation comes from our own desires, which entice us and drag us away. These desires give birth to sinful actions. And when sin is allowed to grow, it gives birth to death. [James 1:14-15 (NLT)] 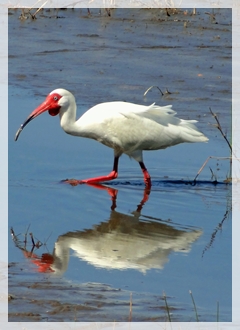 The book of Numbers tells of Balaam, an unscrupulous prophet-for-hire, who was hired by Balak, the king of Moab, to curse the Israelites.  Although he tried to do just that, the Lord intervened and Balaam could only say the words God put into his mouth. The prophet ended up blessing the Israelites and cursing his own people. Although he escaped with his life, needless to say, Balaam wasn’t paid for his work.

The Israelites’ biggest threat, however, was not from pagan curses, Moab, Midian or even Jericho; it was their continual failure to remember their God—the God who delivered them from Egyptian slavery, brought them safely through the wilderness, and even protected them from Balaam’s curse. While they were camped on the plains of Moab, the men had sex with the local women who then persuaded them to make pagan sacrifices and bow down to the Baal of Peor. The Lord grew angry with them and commanded the death of all who’d defiled themselves by participating in the sacrilege; 24,000 men died in the violent plague of judgment.

Prevented from cursing the Israelites, it turns out that Balaam may have found another way to get his reward from Balak by getting them to bring a curse upon themselves. It was the prophet who instigated the women’s invitation to fornication and idolatry. Even though Balaam set the stage for the seduction of the Israelite men, no one forced them to respond; that responsibility fell squarely on each man’s shoulders.

Balak didn’t need a curse to kill any Israelites; they did a fine job of doing that on their own! The story didn’t end well for Balaam and the Midianites, either. The Lord commanded Moses to take vengeance on them for their seduction of His people; a brutal massacre of the nation followed and the prophet Balaam died in the carnage. Nevertheless, the Israelites’ fall to temptation reminds us that our greatest battles are not against enemy armies or pagan prophets but against Satan and our own sinful natures. God, however, has not left us defenseless. While our worst enemy is self, our strongest ally is Jesus and the power of the Holy Spirit.

Beware of no man more than of yourself; we carry our worst enemies within us. [Charles H. Spurgeon]

So I say, let the Holy Spirit guide your lives. Then you won’t be doing what your sinful nature craves. [Galatians 5:16 (NLT)]

A final word: Be strong in the Lord and in his mighty power. Put on all of God’s armor so that you will be able to stand firm against all strategies of the devil. [Ephesians 6:10-11 (NLT)]