HOW DID IT GET THAT WAY?

Then the Lord said to Moses, “Pharaoh’s heart is hardened; he refuses to let the people go.” [Exodus 7:14 (ESV)] 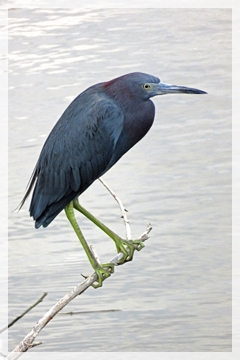 The whole matter of Pharaoh’s hardened heart and how it got so stubborn is confusing and an issue that has been debated at length by Biblical scholars. How exactly did Pharaoh’s heart get that way? Based on the verses in Exodus where God says He will make Pharaoh’s heart hard [7:3,9:12,10:20,27], some say that God deliberately hardened Pharaoh’s heart to demonstrate His power and glory. Wouldn’t that mean Pharaoh had no free will? If Pharaoh couldn’t submit to Moses’ demands, the plagues hardly seem justified. How could a just God inflict such cruel punishment on all of Egypt when He was the one who made Pharaoh so inflexible?

On the opposite end of the spectrum, citing the verses saying that Pharaoh hardened his own heart [8:15,32], other commentaries say that Pharaoh freely chose to stubbornly deny Moses and watch his people suffer. Saying that the hard heart was all Pharaoh’s doing, however, seems to contradict several other verses. The middle of the road explanations admit that God hardened Pharaoh’s heart but add that Pharaoh already was so arrogant and headstrong that God didn’t change the outcome by further hardening it. The Oxford Jewish Study Bible notes that God “does not stiffen Pharaoh’s heart initially, but only after Pharaoh has done so himself many times.”

After reading several commentaries on Hebrew grammar, I found yet another explanation. Although God-breathed, Scripture was penned by men who used the words, idioms and metaphors of the day. In Hebrew, active verbs often were used idiomatically to mean the action was allowed or predicted; verbs could be both causative and permissive. Saying God hardened Pharaoh’s heart can also mean that God allowed Pharaoh’s heart to harden. Another example of this verb use would be when Jeremiah tells God, “You have utterly deceived this people.” [Jeremiah 4:10] Jeremiah isn’t accusing God of being a liar; he’s saying that God allowed the people to be deceived (two very different things).

Instead of looking to commentaries, I finally looked to Scripture for my answer about Pharaoh’s hardened heart. In James, we find that, while God may test people, He does not tempt them. Temptation comes from Satan and we give into temptation when we’re seduced by our own desires. Pharaoh’s heart was hard because he was an evil, stubborn, and arrogant man. God may have allowed it but it wasn’t God who made him that way. Nevertheless, we could also say that God hardened Pharaoh’s heart by providing the circumstances that forced him into revealing his true colors. Had God not sent Moses, the plagues would never have happened. In the end, however, the responsibility for those plagues falls squarely on Pharaoh’s shoulders. And, in the end, the responsibility for our sins falls squarely on ours.

It is not God that blinds the eyes of men or hardens their hearts. He sends them light to correct their errors, and to lead them in safe paths; it is by the rejection of this light that the eyes are blinded and the heart hardened. … Every rejection of light hardens the heart and darkens the understanding; and thus men find it more and more difficult to distinguish between right and wrong, and they become bolder in resisting the will of God. [Ellen G. White]

Let no one say when he is tempted, “I am being tempted by God,” for God cannot be tempted with evil, and he himself tempts no one. But each person is tempted when he is lured and enticed by his own desire. Then desire when it has conceived gives birth to sin, and sin when it is fully grown brings forth death. [James 1:13-15 (ESV)]