KILLED WITH A SWORD

A little farther up the shore he saw two other brothers, James and John, sitting in a boat with their father, Zebedee, repairing their nets. And he called them to come, too. They immediately followed him, leaving the boat and their father behind. [Matthew 4:21-22 (NLT)] 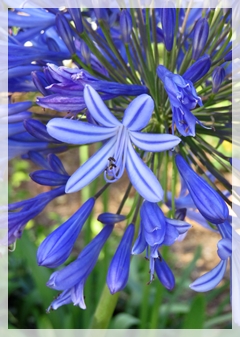 James, along with his brother John and Simon Peter, was part of Jesus’s inner circle. The three of them knew Jesus the longest; they went with Him to Gethsemane, saw Him raise Jairus’ daughter from the dead and were witnesses at His transfiguration. This James is often referred to as the son of Zebedee or James the Greater to distinguish him from the other Apostle named James who was the son of Alphaeus (James the Lesser) and the Epistle writer James who is thought to be Jesus’s brother (James the Just). Perhaps because of their impetuous tempers and fiery zeal, Jesus gave James and John the nickname “sons of Boanerges” which meant “sons of thunder.” These brash brothers were the ones who wanted to bring disaster upon the inhospitable Samaritan village and asked Jesus for places of honor beside His throne.

Sunday’s reading, from Acts 12, included these words: “About that time King Herod Agrippa began to persecute some believers in the church. He had the apostle James (John’s brother) killed with a sword.” [v.1-2] Although the rest of the reading was about Peter’s arrest and the power of prayer, I kept thinking about James. “Killed with a sword” isn’t much of an epitaph for one of the original twelve.

Herod Agrippa ruled Judea from 41 to 44 AD so James died some eleven to fourteen years after Jesus’s ascension. Scripture is silent as to what James did during this time and we can only speculate. According to legend, he went to Spain and evangelized there for several years before returning to Jerusalem. It took eight centuries before this legend took hold and there is no historical basis for it. In all likelihood, his preaching was limited to Judea and Samaria. Nevertheless, many Christians believe his remains were miraculously transported to Spain. Even though the authenticity of the relics is suspect, every July 24th, people make a pilgrimage to St. James of Compostela where his remains are said to rest below the altar.

“Killed with a sword” is just a polite way of saying beheaded and, according to the Talmud, people were to die of the sword when found guilty of communal apostasy. James may have been accused of convincing the Jews to forsake Yahweh and the law for the false teachings of Christianity. Herod Agrippa, a supporter of conservative Jewish policies, repressed the Jewish Christians. Given what we know of James—outspoken, zealous, impulsive, and quick to anger—the Apostle easily could have offended both Pharisees and king.

We know little about this fisherman from Galilee: one of the first to be called and the first of the Apostles to die. When Jesus called the brothers to come to him, they responded immediately and faithfully followed Him for the next three years. Without hesitating, analyzing their options, or asking questions, they left their father and livelihood to follow an itinerant rabbi from Nazareth. James and John answered God’s call and the fishermen became fishers of men. Toward the end of His ministry, Jesus asked the brothers if they could drink from the same bitter cup of suffering from which He would drink. Again, without hesitation or asking what that might entail, they said they could.

We don’t know how James spent those years after Pentecost. All we really need to know is that James was an ordinary person, like you and me, and that he always said, “Yes!” to Jesus. Can we say the same?