Then Peter came up and said to him, “Lord, how often shall my brother sin against me, and I forgive him? As many as seven times?” Jesus said to him, “I do not say to you seven times, but seventy times seven. [Matthew 18:21-22 (RSV)] 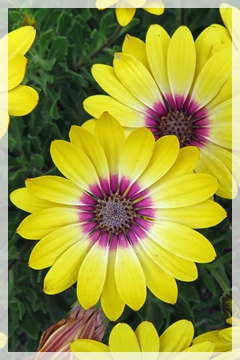 Several authors tell the story of a friend of Clara Barton who reminded the nursing pioneer and Red Cross founder of a spiteful act someone had done to her years earlier. When Barton acted as if it had never happened, her friend asked, “Don’t you remember it?” She vehemently replied, “No! I distinctly remember forgetting it.” Forgiveness isn’t easy and it requires real (and continued) determination on our part. Sadly, without our deliberate effort to put the offense aside, it’s easy for past hurts to weasel their way right back into our hearts and minds.

When Moravian missionaries first came to the Arctic, they found no word in the Inuit language that properly captured the Christian concept of forgiveness. Using Inuit words, they came up with issumagijoujunnainermik meaning “not-being-able-to-think-about-it-anymore.” That’s what forgiveness is; it’s choosing not to let the thoughts of that harmful person or their harmful deeds consume our thinking. Forgiveness isn’t forgetting; it’s deciding not to remember.

In writing about forgiveness today, I came across another interesting word: ilunga.  Found in the Tshiluba language spoken by the Bantu of the Congo, it is considered by linguists to be the most difficult word to translate. Ilunga describes a person who is ready to forgive and forget any first offense, will tolerate it a second time, but will neither forgive nor tolerate it a third time. It’s a three-strikes-and-you’re-out kind of person whose attitude changes with each offense. Jesus, however, didn’t tell us to forgive only once; He said to forgive seventy times seven times (or endlessly)!

When asked if she was ever troubled by past offenses, either hers of those of others, an elderly Christian lady is said to have replied, “Never!” She explained that if Satan troubled her about her sins or other people’s offenses, she simply sent him east. If he returned, she sent him to the west. Recalling the psalmist’s words that God “has removed our sins as far from us as the east is from the west,” [103:12] she explained that by sending Satan back and forth, from east to west and back again, she never allowed him to stop at her house.

The choice is ours. Will we choose to be like an ilunga or like that Christian lady and Clara Barton, people who practice issumagijoujunnainermik?

Forgiving does not erase the bitter past. A healed memory is not a deleted memory. Instead, forgiving what we cannot forget creates a new way to remember. We change the memory of our past into a hope for our future. [Lewis B. Smedes]

Let all bitterness and wrath and anger and clamor and slander be put away from you, with all malice, and be kind to one another, tenderhearted, forgiving one another, as God in Christ forgave you. [Ephesians 4:31-32 (RSV)]