Then a despised Samaritan came along, and when he saw the man, he felt compassion for him. [Luke 10:33 (NLT)] 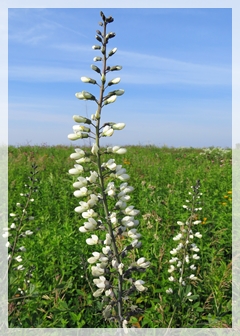 According to the historian Josephus, around 9 AD, when Jesus was just a boy, some Samaritans snuck into Jerusalem on Passover and defiled the Temple with human remains. The hatred between Jews and the Samaritans, however, had been going on for centuries. In 930 BC, when Rehoboam (Solomon’s son) was king, the kingdom of Israel divided. The northern kingdom, known as Israel, eventually became known as Samaria. The southern kingdom, where Jerusalem and the Temple were, became known as Judah. Fearing a change of alliance if his people returned to Jerusalem to worship, the northern kingdom’s first king, Jeroboam, set up his own worship centers complete with golden calves. After they were conquered by Assyria in 772 BC, most of the Jews were taken into captivity and foreigners, bringing their pagan gods and beliefs, colonized the land. The remaining Jews began to worship idols along with the God of Israel and the Samaritan religion became a mix of idolatry and Judaism.

Samaritans were a continual source of difficulty for the Jews of the southern kingdom. Insisting that Moses said they should worship on Gerizim, they erected a temple there. Recognizing only the five books of Moses, Samaritans rejected most Jewish traditions, interfered when Nehemiah was rebuilding the walls of Jerusalem, and offered safe haven to Judah’s criminals. Controlling the land between Galilee and Jerusalem, they regularly harassed pilgrims on their way to worship in Jerusalem. Because of all the intermarriage between the Jews and Gentiles of Samaria, Samaritans were considered “half-breeds.” Seeing them as both racially and theologically contaminated, the Jews had a proverb: “A piece of bread given by a Samaritan is more unclean than swine’s flesh.”

This is the world in which we find Jesus telling the parable of the Good Samaritan with the unlikely hero being a Samaritan (whose people were known to harass travelers). We know this parable was in response to the question, “Who is my neighbor?” but let’s back up one chapter to see what preceded it. Jesus and the disciples were on their way to Jerusalem. Rather than taking the longer walk around Samaria, they were walking right through it. When Jesus sent messengers into a Samaritan village to make sleeping and eating arrangements, they were not welcomed. Although Jesus had previously told the disciples to simply shake the dust from their feet if a town refused to welcome them, John and James suggested calling down fire from heaven to destroy the village. Luke says Jesus rebuked them but we don’t know what was said.

Part of their rebuke may have been the story of the Good Samaritan. The parable could have been as much for His disciples (especially James and John) as it was for the legal expert who asked the question. Jesus easily could have made his point with a Roman soldier as the story’s unlikely hero, but He didn’t. Although the Samaritans had been unneighborly in snubbing Him, Jesus deliberately chose a Samaritan to teach a lesson about neighbors! That parable told the disciples that, even when our neighbor is inhospitable and slights us, we still treat him as our neighbor. Whether or not someone helps us, we are to help them and, when someone offends us, we’re not to take offense. We do unto others as we would like them to do to us and not as they’ve done to us!

Although there are about 800 Samaritans still living in Israel, for most of us the word “Samaritan” refers to someone who helps other people, especially strangers, when they have trouble. How ironic that the despised “pagan half-Jews of the Old Testament” (as one writer called them) took a place of honor in the New!

Give to anyone who asks; and when things are taken away from you, don’t try to get them back. Do to others as you would like them to do to you. If you love only those who love you, why should you get credit for that? Even sinners love those who love them! [Luke 6:30-31 (NLT)]