Instead, you must worship Christ as Lord of your life. And if someone asks about your hope as a believer, always be ready to explain it. [1Peter 3:15 (NLT)] 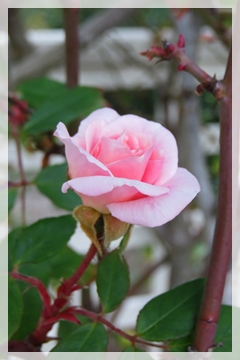 Socrates said, “The unexamined life is not worth having.” It would seem that an unexamined faith isn’t worth much either and yet many of us are hesitant to examine it! Jesus told us to love the Lord with all of our heart, soul, and mind. Since He asked far more questions than He ever answered, it would seem that he wanted thinking disciples rather than unthinking followers. When we only love Him with our emotions and passion, we are vulnerable to the enemy’s attacks; faith can get shaky and stumble when it isn’t grounded in reason and certainty. Moreover, we don’t make good witnesses when we’re unable to speak as rational thinking believers. We must love Jesus with our minds as well as our hearts and souls.

At some point, when digging into Scripture, we may ask ourselves how we can believe the validity of what is read. Simply saying the Bible is true because it is God-breathed doesn’t hold water when doubt rears its ugly head (and it will). How can we trust the writers or know those really are the words God breathed? Since nearly 2000 years have elapsed since the writing of the New Testament and far more since the Old Testament’s prophecies, it’s not unreasonable to wonder if Christianity is more myth than reality. Fortunately, we have Christian apologists to help us see the truth. Rather than offering apologies for the wrongs committed by evil people in the name of Jesus, apologists share the objective reasons and evidence that Christianity is true and should be believed. The Apostle Paul was probably the first apologist when he showed that Jesus’ fulfillment of Scripture’s prophecies proved He was the Messiah. Paul knew that the truth could stand up to scrutiny and it still does today.

I’m not a religious scholar, historian or an archeologist; I haven’t examined the Dead Sea scrolls or ancient papyri. Nevertheless, I do read the work of those who have. The more I study Scripture and the work of Christian apologists, the more certain I am that there is nothing unreasonable, irrational, or unfounded about my belief. The Bible can stand up to intense archeological and historical investigation so we have nothing to fear (and much to gain) when we look closely at God’s word. Like the atheist turned apologist C.S. Lewis, we will know the reason for our belief in mere Christianity. As did Josh McDowell, we’ll discover that Jesus was more than a carpenter. When lawyer David Limbaugh put Jesus on trial, our Lord withstood the most intense scrutiny and cross examination and easily won. As thinking Christians, we must never be afraid to ask questions and seek answers. When we seek the truth, as did Lee Strobel, we’ll be able to make a case for Christ. We’ll recognize what Nabeel Qureshi did when, while seeking Allah, he instead found Jesus: Jesus really is the way, the truth and the life!

As was Paul’s custom, he went to the synagogue service, and for three Sabbaths in a row he used the Scriptures to reason with the people. He explained the prophecies and proved that the Messiah must suffer and rise from the dead. He said, “This Jesus I’m telling you about is the Messiah.” … they listened eagerly to Paul’s message. They searched the Scriptures day after day to see if Paul and Silas were teaching the truth. As a result, many Jews believed, as did many of the prominent Greek women and men. [Acts 17:2-3, 11b-12 (NLT)]