This letter is from James, a slave of God and of the Lord Jesus Christ. I am writing to the “twelve tribes”—Jewish believers scattered abroad. Greetings! [James 1:1 (NLT)] 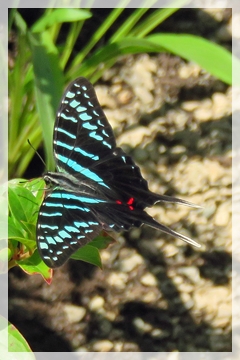 Four men were in heated disagreement at a falafel stand in Jerusalem when they asked a passerby to settle their dispute about the authorship of an epistle. “I’m James, the father of the disciple named Judas (also known as Thaddaeus),” said the first man, ”I wrote the book of James.” The next man interrupted, “I’m James, the son of Zebedee, a fisherman and brother to John. I was a disciple of Christ and I wrote that epistle!” The third man disagreed, “Oh no!” he said, “I’m James, the son of Alphaeus. I was one of the twelve and I wrote those words.” The fourth man contradicted him saying, “I’m James, the brother of Jesus, and I’m the one who wrote that letter to the Jews.” The man they’d asked to settle their dispute calmly said, “You’re all wrong; I wrote it.” In unison, they asked, “Who are you?” He answered, “God—and all Scripture is God-breathed.”

Although all Scripture is God-breathed, someone named James put those words on paper. I’d always assumed it was one of the disciples but, according to Bible scholars, the weight of the evidence seems to point to James, the half-brother of Jesus. One of the earliest epistles, this letter isn’t about doctrine; it’s about the application of Jesus’s teachings and a testimony to the kind of life we should have as followers of Christ. James makes it clear that faith without works is meaningless. We can’t just talk the talk; we must walk the walk. Having known Jesus all of His life, rather than just the three years of His ministry, James knew what he was talking about. He may not have heard Jesus’ Sermon on the Mount, but he’d seen Him live that sermon every day of His life. Until the resurrection, James may not have known Jesus was the Messiah but he knew Jesus as only a brother can. Whenever we wonder, “What would Jesus do?” there’s an excellent chance we’ll find the answer in James’ epistle, in words penned by a man who actually saw what Jesus did!

What good is it, dear brothers and sisters, if you say you have faith but don’t show it by your actions? Can that kind of faith save anyone? … So you see, faith by itself isn’t enough. Unless it produces good deeds, it is dead and useless. Now someone may argue, “Some people have faith; others have good deeds.” But I say, “How can you show me your faith if you don’t have good deeds? I will show you my faith by my good deeds.” [James 2:14,17-18 (NLT)]