I know what enthusiasm they [the Jews] have for God, but it is misdirected zeal. For they don’t understand God’s way of making people right with himself. Refusing to accept God’s way, they cling to their own way of getting right with God by trying to keep the law. For Christ has already accomplished the purpose for which the law was given.  As a result, all who believe in him are made right with God. [Romans 10:2-4 (NLT)] 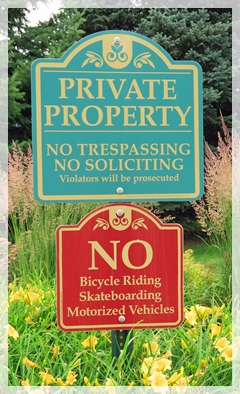 The Old Testament is filled with 613 mitzvoth or commandments. While some, like not killing or stealing are familiar and seem pretty self-explanatory, many of them are not. For example, the corners of a man’s beard and his temples were not to be shaved, no work could be done on the Sabbath, a person with a physical blemish couldn’t serve in the sanctuary, and priests couldn’t enter the sanctuary with disheveled hair or torn garments. While many of those laws were meant to keep the Hebrews from adopting the pagan practices of the Canaanites and served as a way of keeping them apart from the world around them, none of those laws were the means to salvation.

Among the mitzvoth were laws about not adding to or detracting from the commandments. Unfortunately, man’s need for bureaucracy and bureaucrats must be ingrained. Before long, there were professional interpreters of the law who, along with the Pharisees, stayed busy for the next several centuries clarifying the law. They created more rules about how to keep the initial laws and then made even more regulations about keeping the rules that helped the people keep the first ones. For example, what constituted work needed to be defined so thirty-nine categories of work were prohibited on the Sabbath, which included sewing two stitches (one apparently being OK) or hammering. That led to more rules that prohibited the handling of any of the implements used in those kinds of work, such as needles or hammers unless, of course, you needed to remove a needle to open your prayer book or had nothing but a hammer for cracking nuts! How many hairs had to be out of place before hair was considered disheveled? When did loose threads become a tear? What constituted a blemish? True to form, when an expert in religious law spoke with Jesus about the law of loving his neighbor, he wanted to nitpick about who his neighbor might be. Interpreting those 615 laws became as difficult as understanding today’s complicated tax code. While it was demanded, strict obedience to the complicated portions of Jewish law was nearly impossible. Worse, following rules that begat even more rules became more important than having a relationship with God.

Those initial laws were given to the people of Israel. Jesus, however, came for all, Jew and Gentile alike, and brought a covenant that fulfilled the true intent and purpose of the old ones. God’s grace, in fact, demands far more of us than simply following rules and Jesus holds us to a far higher standard than that found in the Old Testament. Our salvation, however, rests solely with God by grace through faith. There’s a lot we can do for ourselves but one thing we can’t—save ourselves! Salvation is God’s business; ours is getting saved, not by laws but by faith.

This is a covenant not of written laws, but of the Spirit. The old written covenant ends in death; but under the new covenant, the Spirit gives life.  [2 Corinthians 3:6b (NLT)]

But now God has shown us a way to be made right with him without keeping the requirements of the law, as was promised in the writings of Moses and the prophets long ago. We are made right with God by placing our faith in Jesus Christ. And this is true for everyone who believes, no matter who we are. [Romans 3:21-22 (NLT)]